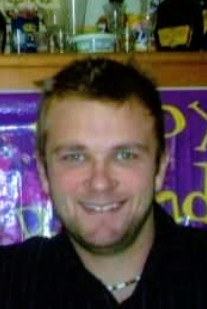 Christopher was born in Secaucus and grew up in Jersey City and Lavallette. He graduated from Our Lady of Mount Carmel, Bayonne, and Toms River East High School.  He moved four years ago to New York and was working as an ironworker.

He loved surfing, crabbing, and video games. Christopher was a fun, loving, and caring guy who was always there to lend a hand. He had a wonderful sense of humor and was a diehard NY Jets fan.

Visitation will be from 4 – 8 p.m., Friday, October 11 at the Pable Evertz Funeral Home of Point Pleasant, 901 Beaver Dam Road, where at 7 p.m. a service will be held.

In lieu of flowers donations to the family would be deeply appreciated.

Share Your Memory of
Christopher
Upload Your Memory View All Memories
Be the first to upload a memory!
Share A Memory
Send Flowers