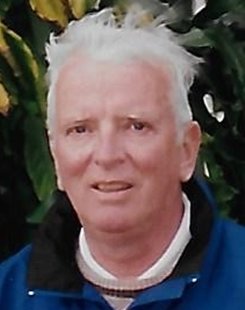 He was raised in Maplewood, New Jersey and graduated from Columbia High School '50 and Rutgers University '54, both of which he participated in track, club football, and band. He belonged to Chi Psi fraternity. He also became an Eagle Scout.  After meeting the love of his life, Nancy, at Culvermere, a resort camp in Branchville, NJ, their romance led to their marriage in 1954. They moved to Point Pleasant in 1955 and raised two boys and three Irish Setters. He worked for the State of NJ Department of Corrections starting as a Parole Officer and ending as a Senior Hearing Officer. Upon his retirement in 1989 they bought separate homes over the years in Dunedin and Palm Harbor, FLA, where they wintered until a few years ago.

Ralph joined Point Pleasant Presbyterian Church in 1958 where was a Deacon and longtime usher. He was the Scoutmaster of Troop 16 and Cubmaster of Pack 6. He coached the Pt. Pleasant Lions Soccer Club and was a member of the Pt. Pleasant Elks Lodge, the NRA, and the Jersey Shore Buick Club. He loved to play the organ and was also proficient at the trumpet and piano. He enjoyed using his fireplace, reading, gardening, antiquing, boating (especially “Filly”), golfing, fishing, sailing, and hunting. He also enjoyed watching football, golf, History channel, FNC, and Abbott and Costello.

Ralph was predeceased by Nancy in 2018 and his parent's George O. and Ruth V. Smith. He is survived by two sons and daughters-in-law, D. Scott and Carole of Brick, and Bryan and Stephanie of Brielle, two grandchildren, Shane and Summer, and two brothers-in-law, R. Douglas Leonhard (Patricia) and Richard Leonhard (Cindy). He also leaves behind many beloved nieces, nephews, cousins and friends.

Per Ralph's wishes there will be no visitation or memorial service. In lieu of flowers the family requests that donations in his name be made to the Point Pleasant Presbyterian Church, Bay and Forman Aves., Pt. Pleasant Beach, NJ 08742.

Share Your Memory of
Ralph
Upload Your Memory View All Memories
Be the first to upload a memory!
Share A Memory
Plant a Tree