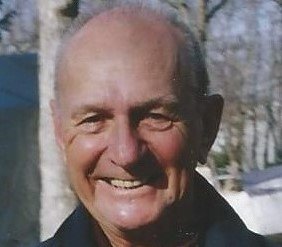 Donald was born in Newark to the late Edward Sr. and Alice (White) Weber. He grew up in Laurence Harbor but moved to Brick where he has lived for close to sixty years. He was predeceased by his loving wife of fifty-eight years, Patricia, in 2014.

Don served in the US Army. He was employed by Hess Oil, Port Reading, NJ for thirty-seven years retiring in 1994.

Don was a nature lover. He loved fishing and crabbing on Barnegat Bay. He enjoyed bird watching and walking daily on the Point Pleasant Beach Boardwalk with his wife. Don also enjoyed cooking. His Cajun shrimp appetizer was a favorite on holidays.

Don was a strong and loving father to his son, Donald and his wife Theresa of Bruington, VA, and daughter, Nancy (Gfroehrer) and husband Brian of Brick, NJ; his grandchildren, Craig, Amanda, Michael, and Sarah Kalesnik and husband Robert and new great-grandson, Jackson. Don is also survived by his brother, Edward Jr.; his brothers-in-law, Albert Riley and wife Janet, Richard Riley and wife Eleanor; sisters-in-law, Linda and Joyce; nieces, nephews, and friends.

His funeral will be private. In lieu of flowers the family requests that donations be made in his name to Popcorn Park Zoo in Lacey NJ. www.ahscares.org/SummaryPage/170

Share Your Memory of
Donald
Upload Your Memory View All Memories
Be the first to upload a memory!
Share A Memory
Plant a Tree