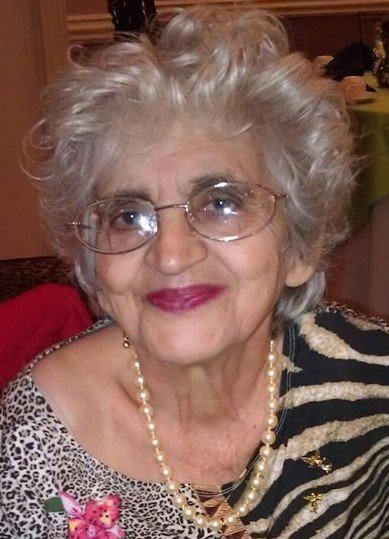 Gloria Capriglione Heiss (nee Rossi) passed away peacefully in her sleep on April 30, 2020. Gloria was born and raised in Newark, New Jersey, one of three children born to Frances and Giovanni Rossi, Italian immigrants. Gloria attended Barringer High School and worked for Lionel Train Corporation and then for many years as a school crossing guard in Irvington, NJ where she and he husband Salvatore raised their three children.

Gloria's bright smile, kind heart and sweetness will be deeply missed by everyone who loved her.

A memorial service in her honor will held at a later time.

In lieu of flowers, please consider a donation in her memory to the Alzheimer’s Association www.alz.org

This obituary will be published on Sunday, May 3, 2020 in the Asbury Park Press

Share Your Memory of
Gloria
Upload Your Memory View All Memories
Be the first to upload a memory!
Share A Memory
Plant a Tree