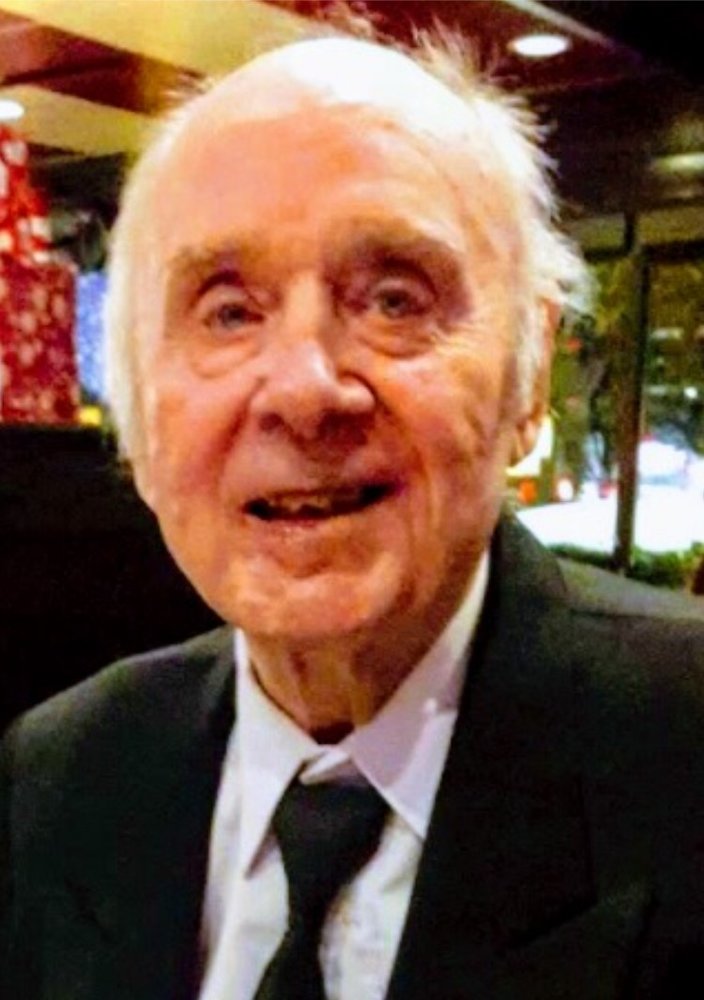 Born and raised in Jersey City, he served in the US Navy and after coming home he married his first wife, Lillian (nee Laube) and spent forty-four years together.

After working many years as a truck driver for Appel Brothers, Ray and Lil opened up their own business, R and L Provision Company in Bayonne, and there as a team worked hard for over twenty-five years.  Even after a hard work week he found time to unwind and could be found at the USS Chandelier dining and dancing the night away with Lil.  He was parishioner of Saint Paul the Apostle, Greenville; member of the Marist Men’s Club; and was a bowler for Pete and Helen’s, Jersey City.

He was involved with many organizations such as the P.A.L., Bayonne, Knights of Columbus, and the Catholic War Veterans.   He was a die-hard Giants and Yankees fan. He loved the Jersey Shore and made sure that his family spent many summers in Lavallette.  In 1999 he moved to Lavallette and in 2003 he married his second wife, the late Viola Tuzzolino, and eventually moved to Toms River.  In 2018 he moved to Point Pleasant where he resided until his passing.

He is survived by his three children, Steven and his wife, Debbie, Raymond M., and Darlene; his loving granddaughter, Stephanie and her husband, Pablo; four cherished great-grandchildren, Kaylee, Lilliana, Savanah, and Christopher; sister, Barbara; and half-brother, John Koput and his wife, Sue.

A memorial visitation to bid farewell to a very loved “Papa Joe” will be from 4 – 6 p.m., Thursday, December 10 at the Pable Evertz Funeral Home of Point Pleasant, 901 Beaver Dam Road.

In lieu of flowers, donations may be made in his memory to either Ocean of Love www.oceanoflove.org  or Saint Jude Children’s Hospital  www.stjude.org

Share Your Memory of
Raymond
Upload Your Memory View All Memories
Be the first to upload a memory!
Share A Memory
Send Flowers
Plant a Tree