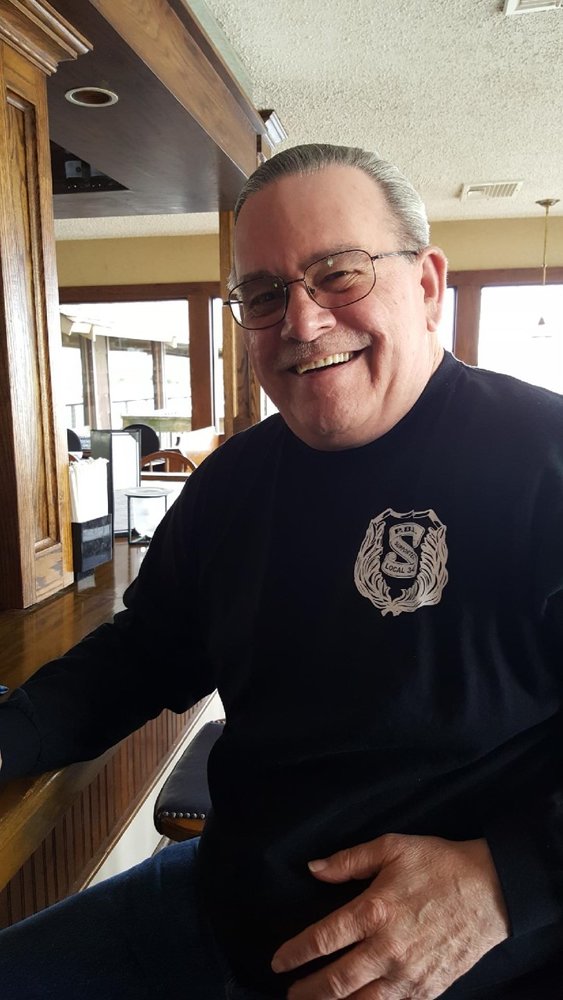 Michael F. Lang, Jr., 69, after a twenty-two month battle with cancer, entered peacefully and we are pretty sure powerfully into eternal rest on March 10, 2021 (as he would say tree, ten, twenty, twenty-one).  Michael was born in New York City, NY to the late Michael Francis Lang Sr. and Hannah Lang (Begley), raised in Staten Island, NY and then spending the remainder of his full and active life in Point Pleasant, NJ, where he touched so many lives.  Although he was unable to serve in the military, Michael was a true Patriot and loved his country.  Michael was an amazing husband, father, uncle and friend;  a man of faith, the epitome of a gentleman, a man admired for his impeccable reputation, his larger than life personality, his  smile, laughter, and sense of humor – truly “a funny dude."

Michael became a dedicated and true Union Worker for his entire life working for Local 807, Long Island City, NY for thirty-three years as a truck driver, delivering printing ink, and then for Local 196 for ten years as a “professional extortionist” – a toll collector on the Garden State Parkway.   He was known by many as the friendliest toll collector, always greeting all with that beautiful smile and a cheerful good morning.  We believe he may have also been a “pickle slicer” or “diesel fitter” at some point also.  We are sure that many will recall hearing him mention it.  Being a die-hard NY Mets Baseball Fan and Las Vegas (Oakland/Los Angeles) Raiders Football Fan, Michael was a sports enthusiast, expert, and “trivia stumper” – always challenging and improving everyone’s knowledge of sports, along with many other topics. His travels to see those “Amazin’ Mets” with his best friend, Tommy, were epic.  The memories and stories that came out of them were quite entertaining.  He was always proud to wear their shirts, jackets, jerseys, logos and colors, regardless of being in 1st place or last place and sometimes in between.

Michael loved living in Point Pleasant, where he enjoyed spending his active life travelling with Pattie and spending his retired afternoons at the Idle Hour, with family and friends – both old and new.  He had his “posse”, many who called him “Pop”, who always had his back.  You could always hear him telling stories, jokes or an entertaining life experiences – and there were many.  On occasion you could hear him singing many of his favorite songs with that wonderful voice.  Of course, his appearance had to be perfect – every hair in the right place.  Michael was Governor at the Point Pleasant Moose Lodge #1549 for two terms.  He also served as Junior Governor, Past Governor, “fill in” bartender and was a member for over forty years.  He raised tens of thousands of dollars for the Lodge, and made shuffle board bowling a way of life, running the league for seventeen years.  He never threw a 300 during the league, but was known to throw one during practice.  Urban Legend believes that money was involved.  Additionally, Michael was a life member of Brick BPO Elks #2151 for over forty years enjoying and even singing with The Duprees at their fundraiser.

Visitation will be from 4 – 7 p.m., Thursday, March 18 at the Pable Evertz Funeral Home of Point Pleasant, 901 Beaver Dam Road. At 11 a.m., Friday, March 19 a Funeral Liturgy will be celebrated at the Church of Saint Martha, Point Pleasant, followed by entombment at Saint Anne Cemetery, Wall. (Facial coverings are required and adherence to social distancing will be in effect. Due to attendance limitations, those attending the visitation are kindly asked to greet the family and then exit the building.)

In lieu of flowers, the family requests donations be made to Point Pleasant PBA # 158, 2233 Bridge Avenue, Point Pleasant, NJ 08742

Share Your Memory of
Michael
Upload Your Memory View All Memories
Be the first to upload a memory!
Share A Memory
Send Flowers