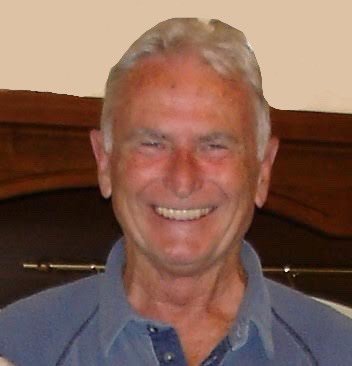 Charles M. Conaghan, 84, passed away peacefully at his home in Point Pleasant, on March 14, 2021.  Charles was born at the Margaret Hague Hospital in Jersey City to John J. and Grace Conaghan (nee Bonner).  He was raised in Bayonne where he attended Saint Vincent DePaul School with his seven brothers and sisters.  He graduated from Saint Peter’s High School in Staten Island and went on to enlist in the United States Marine Corps. Charlie graduated from Newark College of Engineering, now known as NJIT, with a degree in Chemical Engineering in 1961.  He remained a proud Irish-American and US Marine to the end, Sempre Fi!

In September of 1960, he married the love of his life, Marie Laudando.  They were married for forty years until her death in 2001. They raised their three daughters Carole, Angela and MaryBeth, in Randolph, New Jersey.  Charlie was a devoted husband and father. His weekends were family time, often taking his girls to the ‘plant’ on Saturday to play office and spending many a weekend teaching them to swim, ski and golf.  He was a life-long Giant fan and loved taking his family to games.

Charlie spent his career in Engineering at US Radium. The company would go through many name changes as Charlie continued to rise through the ranks, ultimately becoming the President of USR Chemicals.  He retired in 2001 from the then USR Optonix.

An avid golfer, Charlie was a member of the Forge Pond golf club in Brick.  He played golf every day, unless the course was covered in snow!  That prompted him to start wintering in San Tan Valley, Arizona so he could continue to golf all year.  If asked did he played a lot of golf, he would reply, “Only on days that end in ‘Y’.”

Charlie was a man of few words and deep beliefs:  Belief in God, Family First, Learn Something Every Day.  In times of great sorrow or crisis, his advice was always the same, “Remember what you believe. Your faith in God will see you through.”

Sempre La Famiglia!  He called his home “The Gathering Place” and would say, “Come here, that’s why I built this house, so we could all be together.”  That included everyone:  his children, his grandchildren, his siblings, his nieces, nephews, cousins and friends!  Failte!

At the time of his passing he was studying the guitar, astronomy and taking Italian lessons!  He was a true Renaissance Man!

Charlie is survived by his three daughters: Carole Conaghan, Angela DeQuina, and MaryBeth Rosswog; his two grandchildren, Charlie and Stephanie Rosswog; his brother Brian and his wife, Sandy; and many, many beloved nieces and nephews and cousins.

He was predeceased by his parents, John and Grace Conaghan; his brothers John, Thomas and Dominic; his sisters Cecelia, Rita, Mary, and Frances.

Visitation will be from 10:30 - 11:30 a.m., Thursday, March 18 at the Pable Evertz Funeral Home of Point Pleasant, 901 Beaver Dam Road, followed by an 12 p.m. Funeral Liturgy, which will be celebrated at Saint Peter Church, Point Pleasant Beach.  Entombment at Holy Cross Cemetery, North Arlington will be held privately. (Facial coverings are required and adherence to social distancing will be in effect.)

In lieu of flowers, please consider a donation to Catholic Charities.

Share Your Memory of
Charles
Upload Your Memory View All Memories
Be the first to upload a memory!
Share A Memory
Send Flowers
Plant a Tree