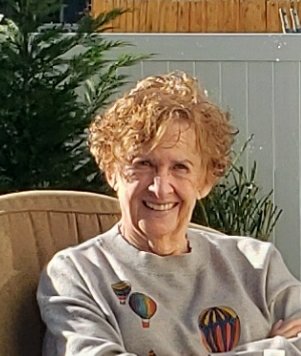 Margaret Mary McGowan, 85, of Monroe Township, passed away on Thursday, April 1, 2021. She was born on Christmas Day to Margaret and Charles Collins in New York City and was raised in Brooklyn. She attended Saint John’s University and worked at New York Life Insurance Company for twelve years where she met her husband Jimmy. After getting married, they move to Hillsdale, where they raised their four children. Peggy was a volunteer EMT for the Hillsdale Volunteer Ambulance Service as well as an Auxiliary Police Officer for the Hillsdale Police Department. She also spent many hours volunteering at her children’s school and church, Saint John the Baptist Roman Catholic Church in Hillsdale. Upon retirement, she moved with her husband to The Ponds Retirement Community where she had many friends and where she was an honorary member of the Italian Club. Peggy’s passion was travel and as soon as they retired, Peggy and Jimmy traveled the globe. From Alaskan cruises to the Far East, they travel to over 60 countries. Peggy’s favorite trips were to Thailand and Africa where she lived out her dream of going on a real safari to see the beautiful wild animals there. She was able to live the American Dream along with her husband.

Peggy was the beloved and devoted wife of James William McGowan, whom she was married to for fifty-five years. She was the loving mother of Jacqueline Guerra and her husband Dean, Jeanne Honan and her husband Steve, James McGowan and his wife Katie and Margaret Logan. She was the proud grandmother of Tara and her fiancé Brandon, Andrew and Danielle Guerra, Gary, Kyle and Petty Officer Evan Hovsepian and his fiancé Michelle, Aiden Honan, Quinn Zahn and Erin, Kyleigh and Dylan McGowan.

Peggy was predeceased by her parents, Margaret and Charles Collins and by her brother, Charles who was killed in battle during World War II.

Visitation will be held from 5 – 7 p.m., Wednesday, April 7 at the Pable Evertz Funeral Home of Point Pleasant, 901 Beaver Dam Road, (Facial coverings are required and adherence to social distancing will be in effect.)

In lieu of flowers, donations in memory of Peggy McGowan to the Hillsdale Volunteer Ambulance Services (340 Washington Avenue, Hillsdale, NJ 07642 United States), would be appreciated.  www.hillsdaleamb.org

Share Your Memory of
Margaret
Upload Your Memory View All Memories
Be the first to upload a memory!
Share A Memory
Send Flowers
Plant a Tree