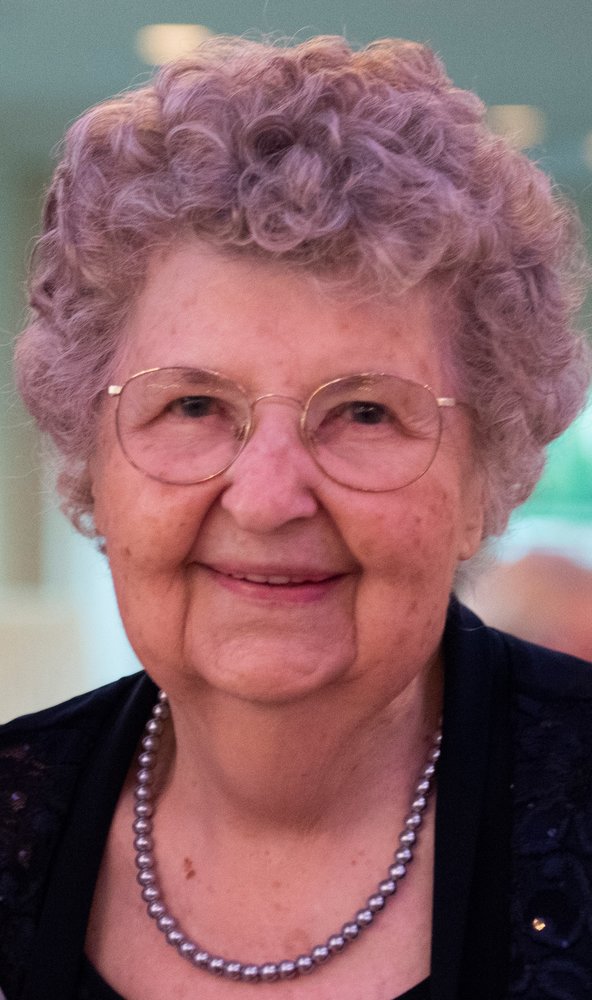 Joan “Nan” Graubit, of Point Pleasant Beach, went home to be with the Lord on April 2, 2021. She was born in New York City on October 22, 1928 to Dr. Edward and Gertrude Livingston. Her time growing up was split between New York City and Vernon, NJ. Her father’s practice was located across the street from Central Park, where at four years old she would play with her siblings, far from the eyes of adult supervision. In Vernon, she spent many hours playing on “Dad’s Mountain” and around town with her siblings David, Lois, Barbara, and Martha.

She completed her nursing degree from Methodist Hospital School of Nursing, Brooklyn, NY in 1949. She became a Registered Nurse and began working at Alexander Linn Hospital Sussex, NJ from 1949 to 1950. In 1950 she married William Graubit in Sussex, NJ. A year later Kathleen, her only child, was born. From 1957 to 1959, she worked as a staff nurse at Newark Presbyterian Hospital and St. Michael’s Hospital in Newark, NJ. In 1960 William and Joan purchased the nursing home in Point Pleasant Beach, NJ, where she was the director of nurses. William and Joan divorced in 1963. Joan spent most of her working years at Point Pleasant Hospital (1965 – 1996). During the span of her career she earned additional degrees, a B.S. from Stockton State College and a Master’s in Public Administration from Fairleigh Dickinson University. Her educational achievements allowed for further career advancement and she held the titles of Head Nurse, Coronary Care Unit Supervisor, Assistant Director of Nursing - Ambulatory Care, and Patient Representative. Once Brick Hospital was completed, Joan was tasked with leading multiple units at both hospitals. At Brick, she opened a Cardiac Care Unit, became Head Assistant Director of Nurses for Emergency and Outpatient Clinic, and supervised the ER and Outpatient at both Point and Brick, which kept her very busy and putting a lot of miles on her car.

Joan’s family reunion in heaven consists of her parents Edward and Gertrude, her siblings David, Lois, Barbara, and Martha, and her niece Gina. She is survived by her daughter Kathleen, her son-in-law James, her three grandchildren William, Christopher, and Jennifer, her two great-grandchildren Royal and Gus, and her niece and nephew, Daniela Baldi Weinstein and Eduardo Baldi, and their spouses and children. She also is survived by countless “adopted” grandchildren who were spoiled by her and were welcomed into the family home as one of her own.

Visitation will be held from 4 – 7 p.m., Wednesday, April 7 at Saint Paul’s United Methodist Church, The Ocean Grove Church, 80 Embury Avenue, Ocean Grove, where at 7 p.m. a funeral service will be held.  Interment at Greenwood Cemetery, Brielle, will be held privately. (Facial coverings are required and adherence to social distancing will be in effect.)

In lieu of flowers, if you wish, please make a contribution to one of her favorite charities: Life in Messiah International or Samaritan’s Purse.

Share Your Memory of
Joan
Upload Your Memory View All Memories
Be the first to upload a memory!
Share A Memory
Send Flowers