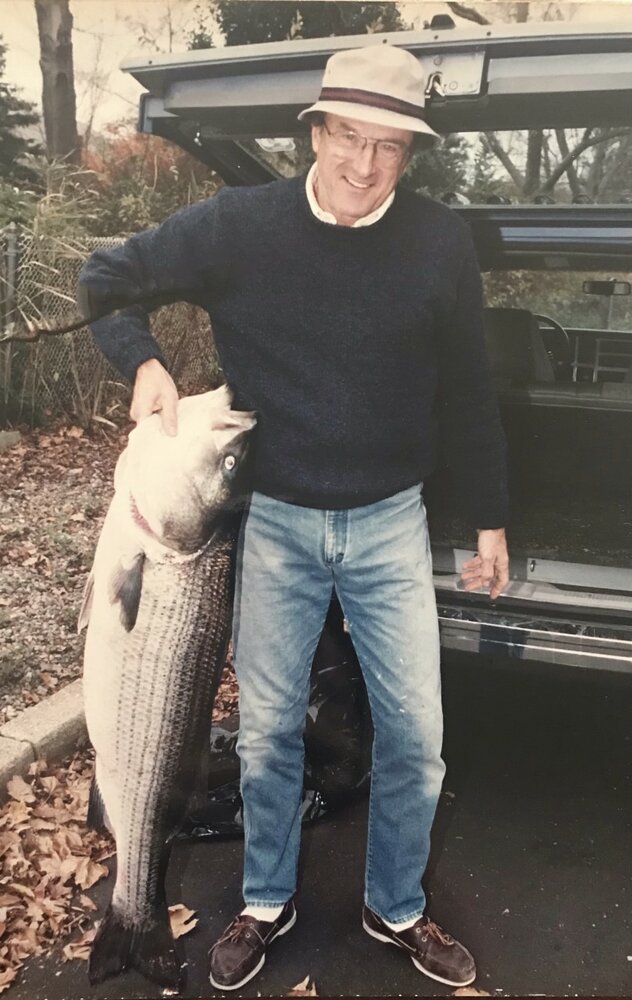 Robert W. Hoffman, 90, of Wall Township, died at home on Saturday, November 6, 2021 surrounded by loved ones, after a long and courageous battle with multiple myeloma.  He is survived by his sister, Jane Wischow; wife, Anne; daughter, Debbie (Doug) Murray; sons, Bruce and Paul (Beth); nine grandchildren and nine great-grandchildren. Bob was predeceased by son, Douglas.

Bob was born in Long Branch and grew up in West Allenhurst. He met the love of his life, Anne, wife of over sixty-nine years at Asbury Park High School. He attended Monmouth Junior College. Bob proudly served in the Navy for four years. Upon discharge, he and Anne moved to Point Pleasant Beach, where they lived for sixty-four years. Bob and Anne opened a Carvel store in 1954, growing the business, which became Hoffman’s Ice Cream. They opened a second store in Spring Lake Heights in 1986. He often said how much he enjoyed being in a business that made people happy, and he also cared about lifting up everyone in his community. Bob was a mentor to dozens of now successful professionals, whom he inspired with his generosity of word and deed.

Bob volunteered on the Point Pleasant First Aid Squad for many years. He was an active member of Central United Methodist Church for sixty-four years. Bob received many civic awards and recognition for his kindness and quiet generosity. His positivity and compassion served as inspiration to many. Bob’s many lifelong interests and passions included fishing of all types, hunting, boating, gardening, biking, hiking, reading, eating, and cooking. He appreciated nature at every turn.  Bob was the benevolent patriarch of four generations. He most enjoyed spending time with his loved and loving wife, and family. His sharp wit and sense of humor were trademarks. His legacy will live on forever.

Visitation will be from 4 – 7 p.m., Thursday, November 11 at the Pable Evertz Funeral Home of Point Pleasant, 901 Beaver Dam Road.  At 10 a.m., Friday, November 12, a service will be held at the funeral home and followed by interment at Old Tennent Cemetery, Manalapan.

In lieu of flowers, a charitable donation in his name, to Central United Methodist Church, 729 Arnold Avenue, Point Pleasant Beach, NJ 08742, is appreciated.