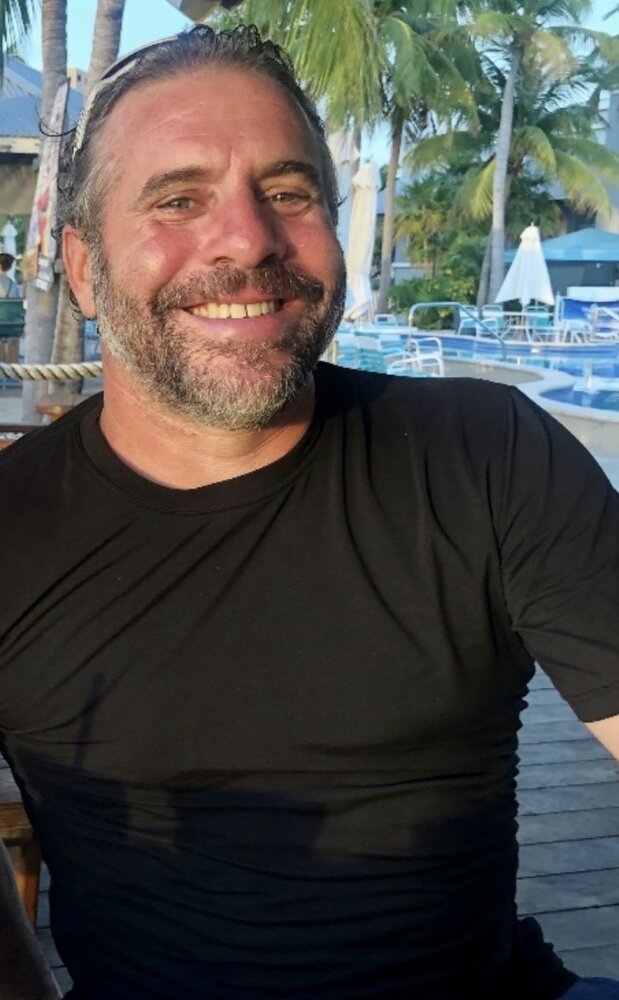 Robert Joseph Billy embodied everything that is good and bright in this world. Everyone who knew him loved him. He left this world on January 20, 2022, far too soon. His passing has left an immeasurable hole in the hearts of his family and friends. Born on December 4, 1972 Rob grew up in Point Pleasant, NJ. He attended Point Pleasant Boro High School before earning a bachelor’s degree in Business Administration from Stockton State College.

After college, Rob began his career in construction. Having visited Key West, FL, many times, with his friend Rob, he decided to move there permanently in 2006. Carl helped him get his start working on the island and became a mentor for Rob as he navigated Key West life. Eventually, Rob started his own business and became well known for his hard work, honesty, as well as for his outgoing, fun-loving personality. Being one of eight kids, Rob always valued relationships, so it was no surprise that he found himself a second family with all his long time Key West friends.

Rob was an amazing son (mom’s favorite), fantastic brother, the world’s best uncle and a friend to all who encountered him. He loved spending time with his friends and family and would often travel the country to spend time with those he cared about. Rob enjoyed exploring new places to learn about the history, the culture, and the food. He brought back great stories from his trips to Japan and Italy.  He never turned down the opportunity for an adventure.

Full of ideas and personality, Rob was able to connect with anyone. His spirit was infectious. He was curious and multi-faceted and did not take himself too seriously. He could dance and goof around and have serious conversations about books, politics and philosophy.

Rob loved being an uncle and shared a special bond with each and every one of his 13 nieces and nephews. He played, cooked, told stories and jokes to the delight of everyone in his presence. His greatest gift was the time he spent with all of us.

Rob will be remembered as the playful and mischievous instigator of fun with a larger-than-life laugh. All who remember him are asked to celebrate Rob’s life in their own way, raising their glasses in his memory and smiling knowing that he just made every moment better.

In lieu of flowers, the family would appreciate if you could share a memory on Rob's tribute wall at www.pableevertzfuneralhome.com