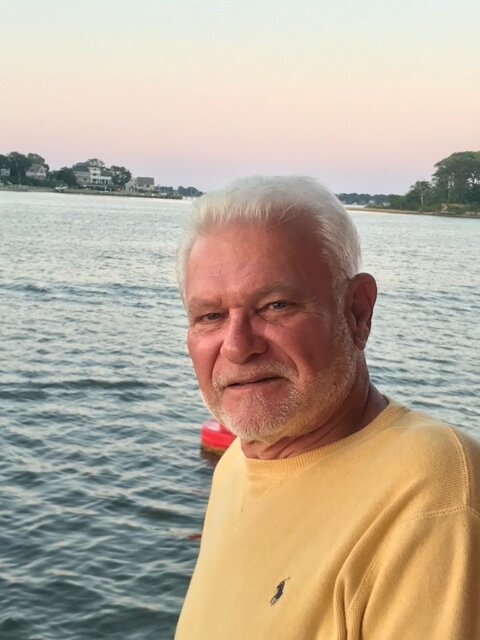 Ronald F. Des Rosiers, a near lifelong resident of Bloomfield, NJ, passed away on Sunday, March 20, 2022.

Born a fraternal twin on March 1, 1945, ‘Ronnie’ was the loving son of the late Henry and Carol Des Rosiers. A loving father; cherished brother; and devoted friend, Ronnie was an extremely kind man who would drop whatever he was doing to help someone in need. A graduate of Bloomfield High School, Ronnie joined the Navy in February 1963. After completing basic training at Great Lakes Training Center, he went on to Aviation Electrician’s School and was later assigned to Naval Squadron VP-7, where he flew as a crew member and maintained electrical systems and anti-submarine tracking gear until July 1966. Following his service, he worked for more than 40 years as a union electrician for IBEW Local 164. Ronnie loved his work and being able to use his skills to help others.

He will be greatly missed by his children and their spouses, Mark and Kenda Des Rosiers and Kristen and Sam Sfyris; his longtime companion, Susanne Dillon; his siblings and their spouses, Wayne (his twin) and Aileen Des Rosiers, Doreen and Phil Butler; his elder brother, Dennis Des Rosiers; and several nieces and nephews.

Ronnie resided in Point Pleasant, NJ, for the last several years, where he volunteered in his community and made lots of great new friends.

He will be honored during a private celebration of life there in the coming weeks.  Donations in his memory can be made to the Leukemia & Lymphoma Society.

Share Your Memory of
Ronald
Upload Your Memory View All Memories
Be the first to upload a memory!
Share A Memory
Plant a Tree