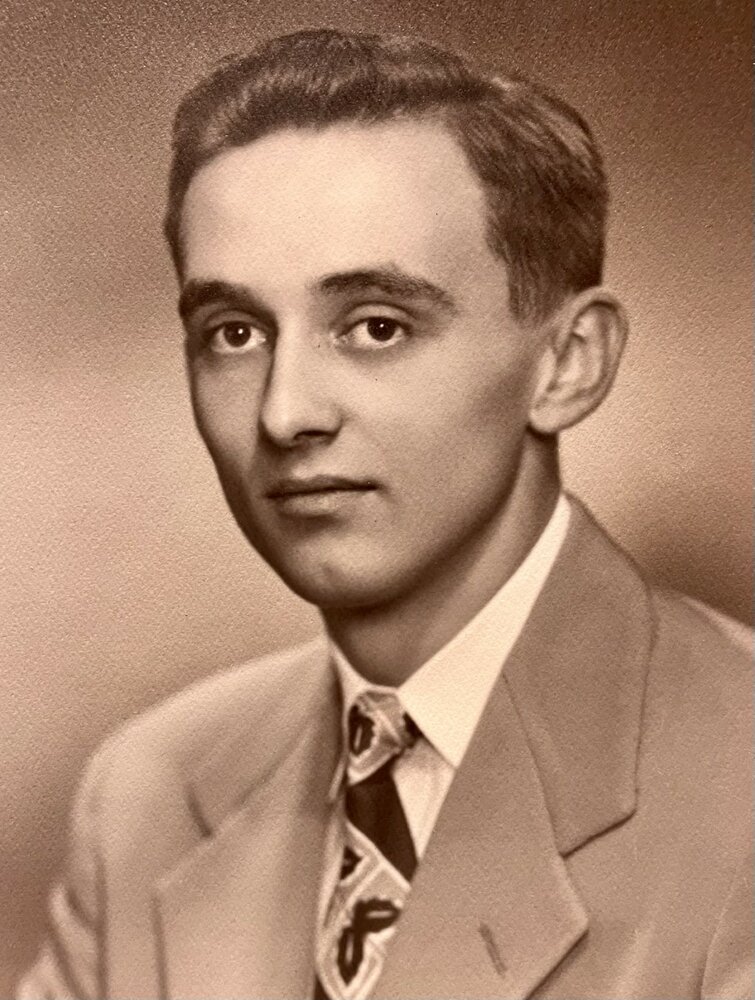 Obituary of Pastor Paul A. Voitko

In 1953 the Pastor was married to Barbara Pfeiffer of Fords, a great supporter of his work. He remained with the congregation for forty years. During those years the members supported very healthy financial drives, erecting a very beautiful church with many rooms for the children's religious activities and several large areas for social activities. For the next ten years the Pastor was privileged to serve a number of New Jersey Lutheran Congregations as interim or vacancy pastor. Some years after retiring, he and Joan Chack of Brick were married.

In the Pastor's words, "The Christian Faith is so simple and yet so deep. The Bible. The washing of Holy Baptism. The Red Blood of the cross. It is summed up with Heaven. Remember what you once prayed as a child: Now I lay me down to sleep, I pray the Lord my soul to keep. But if I die before I wake, I pray he Lord my soul to take.  I was so honored that my church body chose me to build this congregation in this community.”

In the Pastors family there are five children, Jonathan of Farmville, VA,  Judith of Newton, Paul of Point Pleasant, Stephen of  San Diego, CA; and the late, Miriam. He is also survived by grandchildren and great-grandchildren.

Visitation will be from 10 – 11 a.m., Saturday, January 28 at the Good Shepherd Lutheran Church, 708 Route 88, (Ocean Road) Point Pleasant, where at 11 a.m. a service will be held and will be followed by interment at Greenwood Cemetery, Brielle.

Contributions in his memory can be made to Good Shepherd Lutheran Church.

Share Your Memory of
Pastor Paul
Upload Your Memory View All Memories
Be the first to upload a memory!
Share A Memory
Send Flowers
Plant a Tree