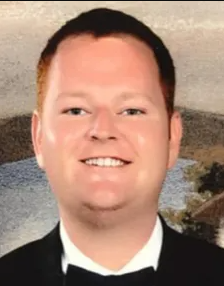 After graduating college at the University of South Florida he moved to Tampa, FL where he began his career in the radio industry with, I Heart Radio. He quickly rose through the ranks winning numerous awards becoming the youngest Top Sales Executive in the company. He then moved to Orlando, FL where he worked as a Director of Sales for CBS Radio. When Eric wasn’t working, he volunteered his time as a Big Brother through the Big Brothers, Big Sisters of America Organization out of Tampa Bay, FL. He took this role very seriously taking his “little brothers” to sporting events, back to school shopping and/or just out to dinner to talk. He was a lifelong member of the Church of Saint Martha, Point Pleasant, and attended Waverly Baptist Church in Florida.

Eric was preceded in death by his mother, Diane Kinney (1998). He is survived by his father, Edward Kinney Jr. of Bricktown; brother, Ed Kinney, III (Doreen) of Point Pleasant Beach; sisters, Erin Durkin (Wayne) of Bricktown and Shannon Kinney of Bricktown.   He also leaves behind nephews, Edward Kinney, IV, Kyle Kinney, Wayne Durkin, Jr., and his niece and goddaughter, Katelyn Durkin; as well as his extended family and an abundance of friends. We will all miss him more than words can say.

A memorial visitation will be held from 4 – 7 p.m., Thursday, July 7 at the Pable Evertz Funeral Home of Point Pleasant, 901 Beaver Dam Road.

Share Your Memory of
Eric
Upload Your Memory View All Memories
Be the first to upload a memory!
Share A Memory
Send Flowers
Plant a Tree