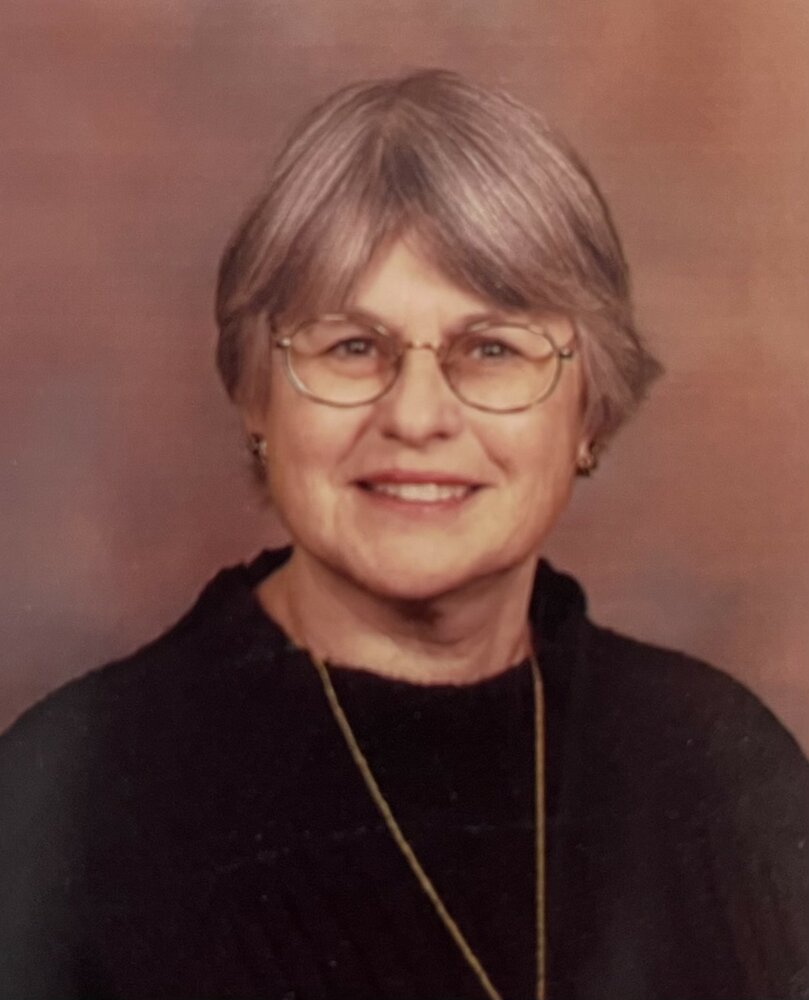 Born in Lewistown, PA, she grew up in a loving home where family, hard work, and a strong religious spirit were ever present. Her father was an officer at the local community bank and later bought a sheep farm where he moved Peggy and her family when she was 10 years old. The farm would later become a dairy farm and still exists today with crops.

Peggy attended Wilson College where she earned her Bachelor's Degree in Music and English.

Later, she attended Penn State and earned a Master's Degree in Education. Her career brought her to the Guidance Department where she served as counselor for Howell High School until retirement. Peggy always knew how to keep herself busy. She was a Master Gardner in Ocean County, prepared tax returns for senior citizens, was treasurer for her sorority, Alpha/Delta/Kappa, was an accomplished pipe organist substituting at Point Pleasant Presbyterian church when the need arose and was a guest organist during the summer months at the Belmar Presbyterian Church since 2005.

Point Pleasant Presbyterian Church was her home and extended family. There was nothing she wouldn't do if asked and was happy to volunteer wherever she saw the need to do so. She was a long-time treasurer for the church, served as one of the Monday Morning Counters, was very active in the Elizabeth-Verdella Circle, and was part of many fundraising campaigns. Peggy could be found serving food during church socials and shared her beautiful alto voice in the Church Choir for forty years.

She married Jules Bierach in 1972 and enjoyed a happy marriage, although relatively short when after fifteen years, Jules passed away suddenly. Following his death, she continued to enjoy their marital home on the bay in Brick until Super Storm Sandy destroyed the home in 2012.   Afterwards, she sold the property and moved to the retirement community of Lake Ridge in Toms River. Peggy had a deep love for cats and dogs and was surrounded by many during her lifetime. She leaves behind her cat, Sparkles who will be well taken care of by her family.

All those who knew Peggy describe her accurately as a soft-spoken, lovely lady; a person who readily volunteered to help others by transporting them, calling them, or simply dropping them a card to let them know that they were always foremost in the minds of others. Despite all that she did for others, she would always say to those who wanted to do for her, "Oh...I don't want to be a bother." She never wanted to put anyone out.

Peggy was predeceased by her husband, Jules in 1987, along with her youngest brother, Charles A. Crumling in 2018 and her stepson, Jules Bierach, Jr. in 2019.  She is survived by her brother, Edwin L. Crumling; her stepson, Frederick Bierach and his spouse, Leslie Watova; and Geraldine Bierach, the spouse of Jules, Jr.; and her step-grandchildren.

Share Your Memory of
Peggy
Upload Your Memory View All Memories
Be the first to upload a memory!
Share A Memory
Send Flowers
Plant a Tree